There is a group in Canada attempting to change our laws by repeatedly lobbying our elected officials.

And no, it is not Muslims, or an Islamic group. This is CIJA, the Center for Israel and Jewish Affairs. Consider it the Canadian version of AIPAC, trying to buy influence in Canada.

It is trying to enact hate speech laws, and criminalize criticism of their group, change immigration laws to make it easier to bring masses of foreigners into Canada. Not Israel, just Canada. In 2017, CIJA headed a Press Release announcing that "CIJA and more than 50 Diverse Community Organizations Unite Against Hate". They never define what constitutes a "hate crime" but it is obvious that by "hate crimes" they mean primarily Whites who question mass immigration and the forced diversification of Canada.  They propose "policy recommendations for all levels of government", including:

They have also argued that "Holocaust Education is More Important Than Ever". They want more "Holocaust education" while pushing to make any questioning of their version to be viewed as an act of violence. The goal of this intensification of Holocaust education, they want us to believe, is "to prevent future genocide". But in truth the goal is to create a climate in which Whites are disallowed from questioning their genocidal replacement across the Western world. After all, the diversity establishment admits (and welcomes) the fact that Whites will be replaced in most Western countries.

In short, the Center for Israel and Jewish Affairs wants European style censorship and hate speech laws coming to Canada. 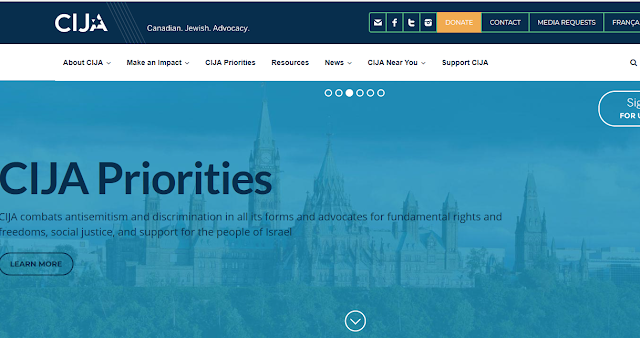 Members of Parliament, the Senate, Privy Council, and high level bureaucrats have been lobbied for decades. This cuts across party lines, and implicates the Liberals, Conservatives, NDP, Greens, and Bloc Quebecois. John Baird, the ex-CPC Cabinet Minister, is a Director of the group.

Current members of the group include 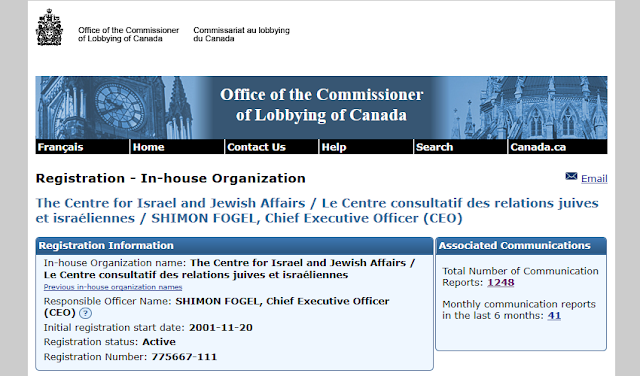 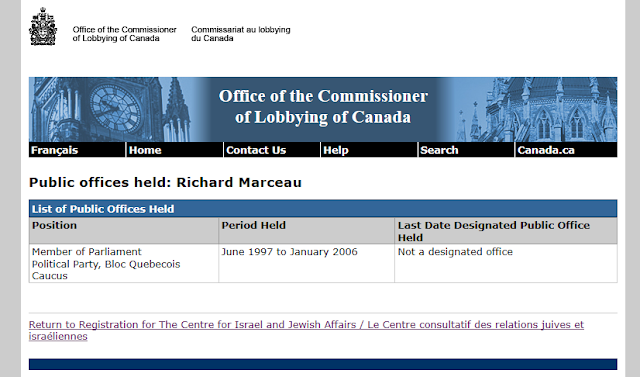 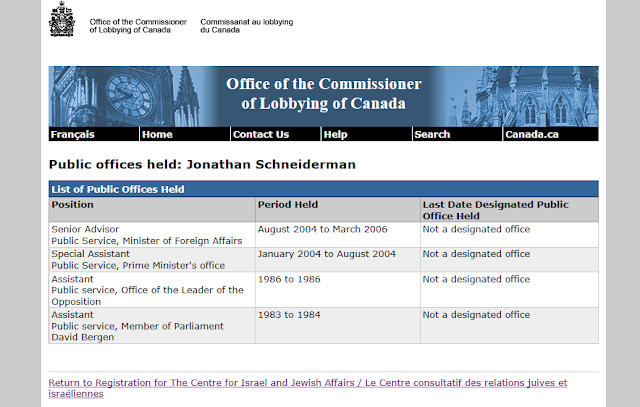 What government departments or agencies are being impacted by the work that CIJA is doing? Well, here is the list that THEY provide. And it's an extensive one. Does this seem like something harmless or innocuous?

While the public at large is appalled at the efforts by Islamists to change our laws (think Iqra Khalid and M103), CIJA is attempting much the same thing, only they are much more subtle about it.

For those of you who care about animal well being, CIJA is also trying to get a market for kosher food. No different (really) than the halal food that Muslims always demand.

I suspect (but cannot prove), that CIJA is behind recent efforts by the government to make it mandatory to be licensed to be in the media. It is one of the items they list in their lobbying information. 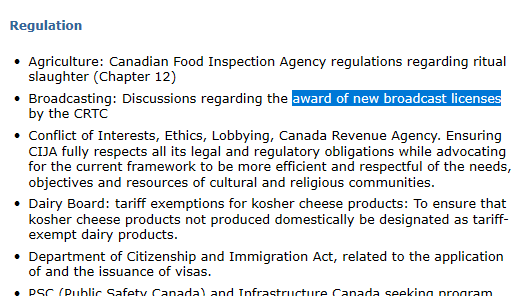 CIJA also lobbies on behalf of business and trade interests, and promotes increased trade with Israel. If that was all that it engaged in, I would see little issue with it.

Canadians should be shocked at what has been going on, and just how their politicians have kept it secret from them. This is only a short review. Please visit the links below for more information.

Check out my review of the group: