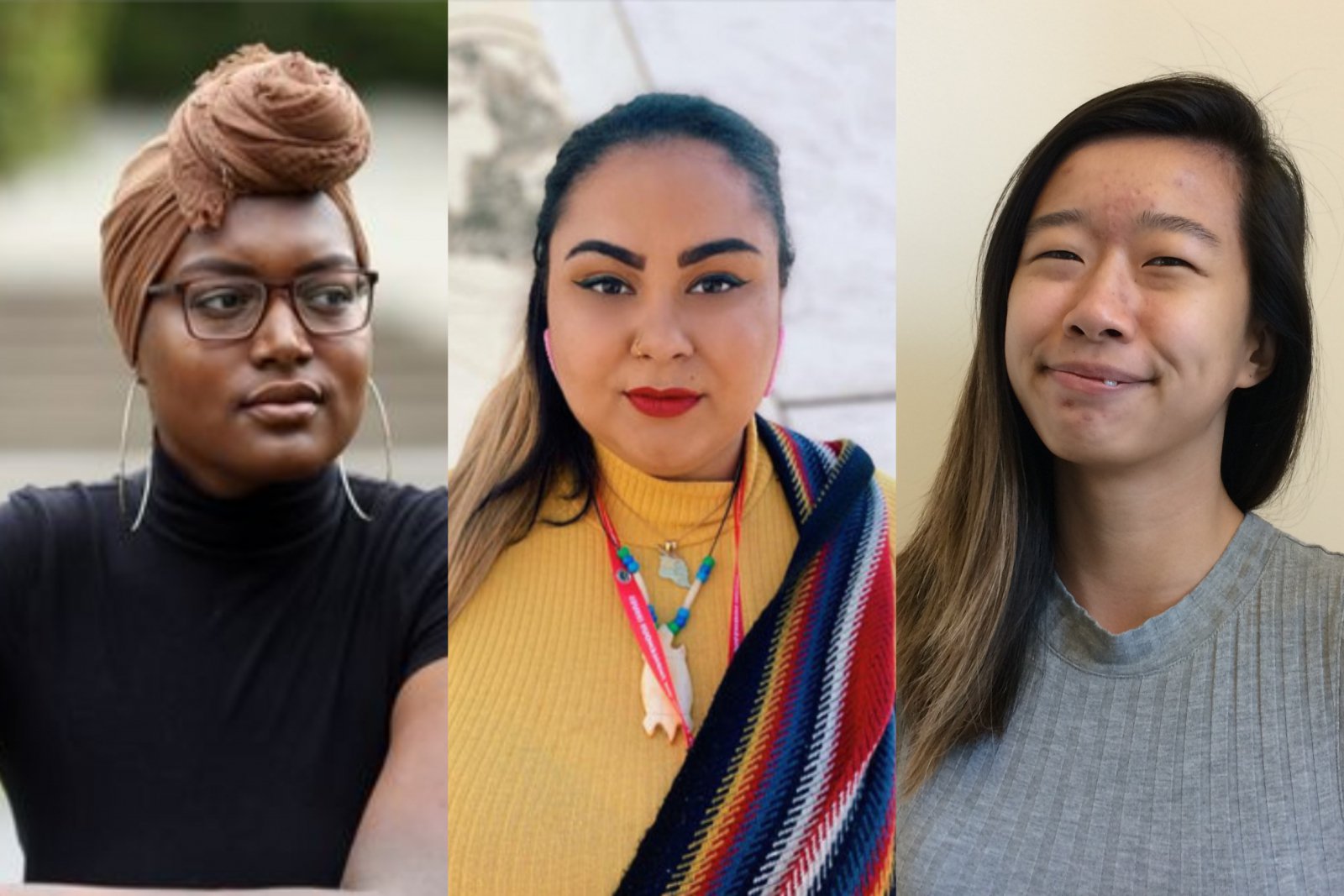 An organization aimed at supporting women in politics is facing backlash over its decision to fire three racialized employees last week, sparking resignations and a social media campaign calling its commitment to diversity into question.

Equal Voice, a multi-partisan organization dedicated to getting more women elected at all levels of government, had four members of its board of directors resign in recent days as young women have been tweeting about what they call negative experiences with the organization.

That online conversation, taking place under the hashtag #notsoequalvoice, has included stories shared by young women who were delegates at the Daughters of the Vote conference, which brought 338 young women — one from every federal riding — to Parliament Hill this spring.

The fallout began after three young women — Shanese Steele, 26, and Cherie Wong and Leila Moumouni-Tchouassi, both 23 — were dismissed from their jobs at the national organization's Ottawa office following months of tension and issues with management.

'Nothing to do with anyone's face'

Eleanor Fast, executive director of Equal Voice, said she cannot comment on internal human resources matters, but she defended the organization against allegations that their identities played any sort of role in terminating their employment.

"The recent staffing changes had nothing to do with anyone's race, ethnicity, religion," Fast said in an interview. "The insinuation in that regard is completely false."

Nonetheless, she said, she is concerned about the online discussion, adding that the organization is working on how best to learn from its mistakes and be more inclusive, both internally and externally.

She said Equal Voice wants to take the time to get it right and has hired a senior adviser to work on the issue.

Equal Voice works closely with politicians from all parties and receives its funding from big business, the labour movement and other sources.

It also received $3.8 million from Status of Women Canada for a project aimed at expanding leadership opportunities for young women in politics, for which the organization committed to "using an anti-oppression approach."

A spokesperson for Maryam Monsef, the minister for women and gender equality, said the department is aware of the situation but cannot comment.

Not the first controversy

The turmoil is expected to come up as the board meets Thursday, although it's not the first time the organization has grappled with the charge that it has failed to take the needs and perspectives of women and gender non-conforming people from all backgrounds into account.

The Daughters of the Vote event in April saw dozens of young women turn their backs on Prime Minister Justin Trudeau as he addressed them in the House of Commons; others walked out when it was time for Conservative Leader Andrew Scheer to speak.

The National Observer reported that several of the young women who took part in the protests said they had faced open hostility for doing so, and did not receive enough support or accommodations from Equal Voice throughout their experience.

The latest development has raised the question of whether Equal Voice can continue to straddle the line between supporting all women in politics, no matter their ideologies on hot-button issues such as immigration, while also satisfying stakeholders who want the organization to pick sides.

Fast said she does not see a conflict.

"We may support women who have different views on the world than what we believe in at Equal Voice in terms of our commitment to our employees and stakeholders and those that take part in our programs, and there is no issue there," she said.

The three former employees said their work at Equal Voice had included a push for greater cultural competency they felt was not being taken seriously by the organization's leadership. Each described relationships with managers that were fraught with tension.

"I want to make sure that advocacy includes and raises the voices of black and Indigenous women," said Wong, who identifies as a Hong Kong-Canadian, and said she felt as if she was being seen as a troublemaker for pushing management on the issue.

Emails the women provided to The Canadian Press show the situation devolved after a dispute over flexible working arrangements, especially after Fast raised the issue of activities during work hours, including streaming television shows while in the office.

The three former employees said they viewed her comments as contributing to an unsafe and inequitable work environment. They also said they felt threatened after another member of the leadership team described their criticism as "personal attacks" and said continuing may result in discipline.

Then last week, Steele published a social media post that she said referred to Fast — without specifically naming her or Equal Voice — as "an ignorant white colonizer."

Steele, who identifies as an Afro-Indigenous woman, said in an interview that she stands by her statement: "I was not aware that calling someone white was a derogatory term."

The other two women shared the post on their own social media accounts. All three were fired shortly thereafter.

Moumouni-Tchouassi, who identifies as a Franco-West African woman, said she has been encouraged by the reaction online.

"It really made me hope and see that Equal Voice would maybe take a position of more accountability and be able to recognize their wrongs and move forward," she said.