John Ivison: Peter MacKay is becoming his own biggest obstacle to winning the Conservative leadership 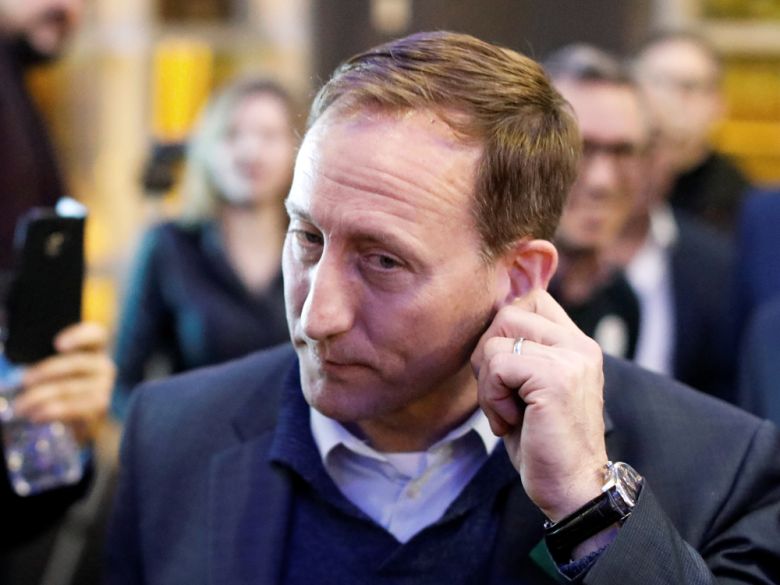 It seems increasingly that the greatest threat to Peter MacKay’s leadership bid is Peter MacKay.

The presumed front-runner in the campaign to replace Andrew Scheer as Conservative leader has stumbled more than once in recent days.

On Tuesday, he issued a statement clarifying his position on whether he’d favour moving the Canadian embassy in Israel from Tel Aviv to Jerusalem, after a report in The Post Millennial said he would not commit to a measure that is current Conservative Party policy.

When he was pushed on the issue, he said it is “a very complicated subject” and calling for the move would be “presumptuous”.

MacKay’s ambiguity led to a pile on from sections of the party who are less than thrilled at the prospect of him running away with the leadership. “The Conservative Party membership vote should be respected. And so should Israel,” said New Brunswick MP, John Williamson, who is mulling his own leadership bid.

MacKay felt compelled to spell out his position. He said as defence minister he had made clear a threat to Israel is a threat to Canada. “It has always been my personal view that Jerusalem is the undisputed capital of the State of Israel and that is where Canada’s embassy should be, and under my leadership, will be located,” he said.

The problem is that, if it has always been his personal view, why didn’t he just say that when asked? The party’s membership voted overwhelmingly in favour of the move at its convention in Halifax in August 2018. A smoother operator would not have allowed any daylight to emerge between his view and the membership’s position.

A day earlier, MacKay’s team tried to portray their man in a sympathetic light, inviting CTV into a child advocacy centre that helps victims of abuse – an organization the candidate co-chairs.

MacKay talked about the new level of understanding, compassion and civility he has divined since leaving politics. “I’d like to do politics a little differently,” he said.

The reporter asked him if he felt that a tweet sent out by his account at the weekend, which criticized Justin Trudeau for using $875 in Liberal party donations for yoga sessions, was evidence of a new civility. He agreed it was not and said he had not had the opportunity to vet the tweet before it was sent out, at which point his media handlers shut down the interview while the cameras were still rolling.

It turned a good news story into a bad one and pointed to a lack of leadership. MacKay has more experience than anyone on his team and should have insisted on finishing the interview, even if the heat was rising.

The missteps add propellant to the smouldering anyone-but-MacKay campaign that is building inside the party. I have spoken to a number of influential and vocal Conservatives who offer a variation of the following – MacKay is a good guy but he cannot be leader; he is not that competent, not that bright and he doesn’t do the work.

Crucially, they say he is not that conservative. The assumption in the media and among pollsters is that MacKay is electable and could add 10 per cent to the party’s current 30 per cent floor of support. That assumption is flawed, his opponents argue, because 10 per cent of the party’s base will not show up to vote for MacKay. His election as leader would blow apart the Conservative coalition, they contend. “It’s like ’93 and Kim Campbell all over again. It’s built on pillars of sand,” said one MacKay refusenik.

He said he is not convinced by any of the other candidates and retains hopes that former minister, John Baird, can be persuaded to enter the race. That could yet happen, if Baird is ready to face the risk of his opponents and the media digging hungrily into his record, his life and his personal views.

MacKay's election as leader would blow apart the Conservative coalition, his critics contend

If he cannot, Erin O’Toole would be the “hedge play” – a candidate who would probably not win an election but neither would he rip the party apart, one anti-MacKay Conservative said.

It’s impossible to know how extensive that view is among party members. But it exists and is surprisingly visceral.

The case for MacKay was bolstered by a new Ipsos poll of the general population, rather than just party members, which suggested that 40 per cent of voters would consider voting Conservative under his leadership, compared to 31 per cent for O’Toole and Marilyn Gladu and 29 per cent under another Ontario MP, Derek Sloan.

But if MacKay continues to validate the criticisms of his adversaries by being too ambiguous or out of touch with the grass roots, he may regret having left the genteel surroundings of his Bay Street law firm. He remains the favourite but any suggestions of a coronation are premature.