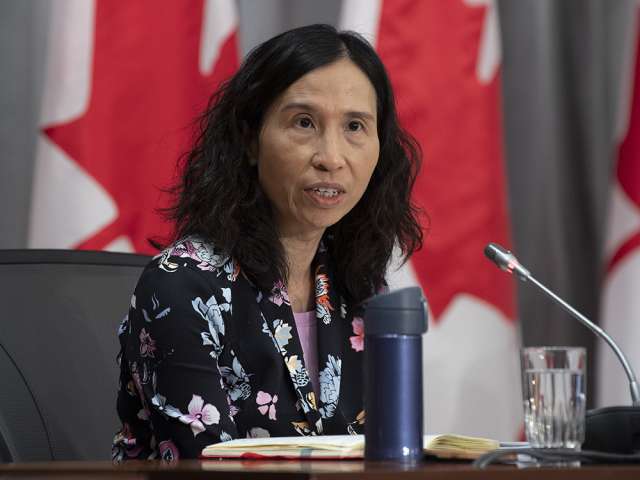 OTTAWA – The Canadian government quietly secured a deal with India last week for five million capsules of hydroxychloroquine, the National Post has learned, a drug that U.S. President Donald Trump has unfoundedly touted as a remedy for COVID-19.

Demand for hydroxychloroquine, an anti-malaria drug mainly prescribed to treat auto-immune diseases such as lupus or rheumatoid arthritis, has exploded throughout the world as some countries have decided to go forward with plans to use it as a treatment for COVID-19 patients.

The Canadian government has secured the order specifically to treat patients with auto-immune diseases. But in the last few weeks, Trump has raved the drug is a “game-changer” against COVID-19 and encouraged infected Americans to try the medication, despite no clinical evidence that it is an effective treatment for the novel coronavirus.

“Despite the absence of strong evidence, some people are already attempting to self-medicate with the drug, with disastrous consequences. Hydroxychloroquine can have dangerous side-effects if the dose is not carefully controlled, and cases of chloroquine poisoning have been reported in Nigeria and the USA,” according to an article published by medical journal The Lancet earlier this month.

“Additionally, the sudden interest in hydroxychloroquine has led to reports of shortages for patients who rely on the drug to treat their autoimmune disease,” the author, Brian Owens, said.

Eleanore Catenaro, director of communications for Mary Ng, minister of small business, export promotion and international trade, said the initial order for five million pills was made in November 2019 – well before the current pandemic – to ensure Canada had the proper supply for patients with auto-immune diseases.

But the order was suddenly suspended when the COVID-19 virus spread like wildfire in India, pushing the local government to shut down exports of 24 drugs (including hydroxychloroquine) in March to ensure domestic supply.

It took pressuring by Ng via three calls with her Indian counterpart and a recent G20 videoconference for Canada to get the ban lifted on that November order.

“Minister Mary Ng recently spoke with her Indian counterpart, Minister Goyal, to discuss the importance of ensuring the continued flow of vital medical products and pharmaceutical supplies at this critical time. Following these discussions, India approved the export of five million tablets of the drug hydroxychloroquine to Canada,” Ng’s office confirmed to the National Post.

India is one of the world’s largest producers of hydroxychloroquine. India is also Canada’s largest supplier of the drug by far, with 90 per cent of our supplies coming from the country.

Catenaro said Friday the government also managed to have the Indian export ban lifted on acetaminophen, a medication used to treat pain and fever (the most common version is Tylenol). She said Canada had a few orders from India that were being blocked by the export restrictions.

But in the context of the COVID-19 pandemic, making an order for medication or personal protective equipment is far from a guarantee that it will be received. Ng’s office acknowledged that, but said India assured that the medication would be sent “in the near future.”

Canada’s Chief Public Health Officer, Theresa Tam, has often cautioned against the use of the hydroxychloroquine to treat COVID-19. But earlier this month, she said that Canada is studying the drug and that it is “definitely one on the list” of possible treatments for the novel coronavirus.

“There’s currently no proven treatment for COVID-19, but we do have clinical trial sites and so making sure that those trials are enabled is very important and getting supplies for that. It is definitely something that we are working on but Health Canada is monitoring the supplies of all essential medicines and drugs very closely,” Tam told reporters on April 4.

But Catenaro said the five million pills are earmarked for patients who need it to treat lupus, malaria or rheumatoid arthritis. So they will not be used for clinical trials or to treat COVID-19.

“This particular shipment is going to be used for its original purpose, and it is separate from the trials that are happening with Health Canada,” she said.