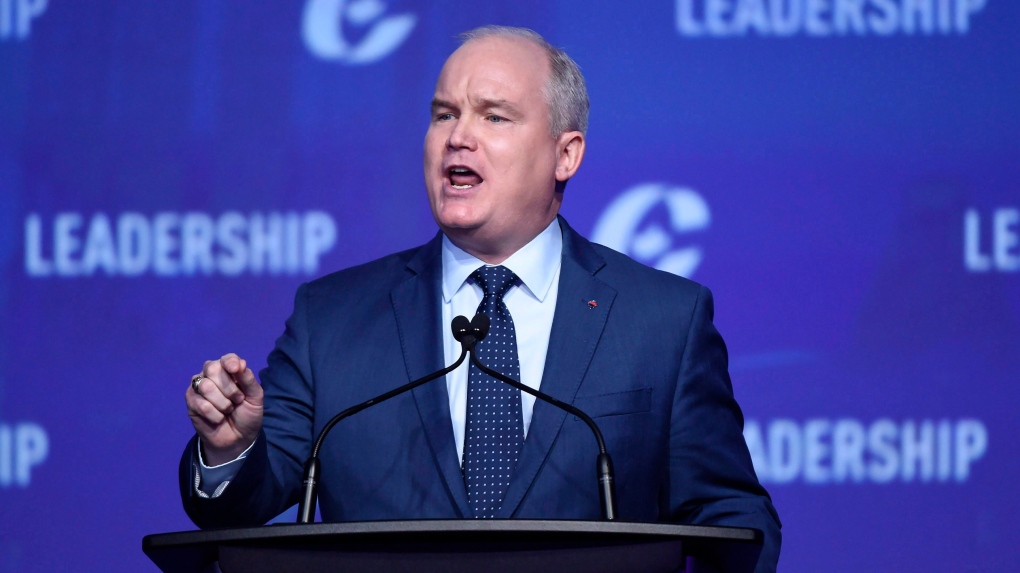 Conservative leadership candidate Erin O’Toole is portrayed as the “Blue Tory” option between him and MacKay - a claim that has been subject to scrutiny. More specifically, O’Toole's connection to Islamic Relief Canada.

The National Telegraph obtained a recording of the Durham MP speaking to his dealings with Islamic Relief Canada (IRC). Their parent organization, Islamic Relief Worldwide (IRW), is declared a terrorist organization in the U.A.E and Israel for their role in funding Hamas. Also, Bangladesh refuses to allow them to operate on their territory due to concerns about the spreading of extremism. O’Toole’s response can be viewed here:

TNT has obtained an exclusive recording of Erin O’Toole admitting to meeting with Islamic Relief Canada (IRC) after learning of their potential terrorism connections. Our allies in the U.A.E. and Israel have since banned its international arm.#IslamicReliefCanada #Canada 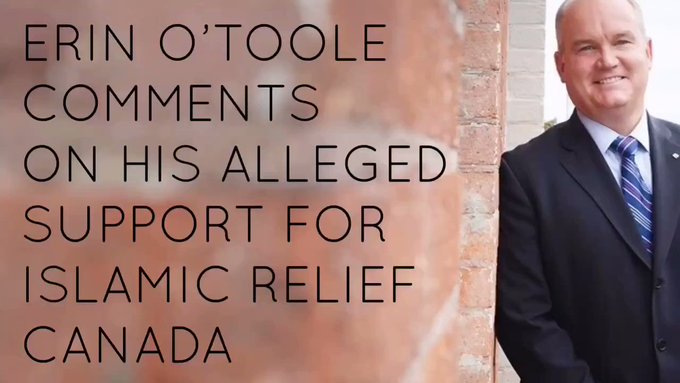 101 people are talking about this

Upon further examination of IRC and the O’Toole campaign, glaring flaws arose in his argumentation. His campaign line on Islamic Relief seems to be “I ask the tough questions,” but it appears he couldn't even reach the low-hanging fruit.

Firstly, O’Toole parrots IRC’s excuse that they are a separate entity from their parent company IRW, which has been connected to terrorism funding. The likes of U.A.E, Israel, the government of Bangladesh, HSBC bank, UBS bank, Financial Times Canada and UK Charities Aid Foundation have all raised separate concerns about IRW’s involvement in terrorism or extremism.

One look at their financial statements dispels the IRC talking point, as they have sent millions annually to IRW.

Under Canadian law, if IRW funds terrorism in any capacity, IRC is guilty of terrorism funding under the “Dawson Decision” set by Justice Dawson in the case of R. v. Ahmad, 2009 CanLII 84774 (ON SC). In Canada, you cannot knowingly send money to a terrorist group even if it is to fund humanitarian projects, as those funds can free up the group to purchase weapons and other supplies.

Any association O’Toole has with the IRC should be nipped in the bud, but, upon review of the recording, he acknowledges the “Diversion of funds or attention” and then pivots to the corruption of the UN.

O’Toole’s claim that IRC and IRW are two separate operations is called into question by a swift glance of the organizations' executives.

IRW has two co-founders, one is Essam El-Haddad, currently in jail in Egypt for his role in the previous Muslim Brotherhood government.

The other is Hany El-Banna, who claims no relation to the founder of the Muslim Brotherhood Hassan El-Banna, but is from the same small town in Egypt, as is El-Haddad, and attended the same mosque El-Haddad preached at, which should raise suspicion.

Hany El-Banna is also the founder of Islamic Relief Canada, but it remains unclear whether he has ever been to the country.

Hany El-Banna is also listed as the chair of the Board of Directors of Islamic Relief Canada.

Notably, El-Banna has questionable ties to Hamas run radio programs, which he frequents, and which should raise serious concerns about him operating a charity in Canada. Hamas is listed as a terrorist group by Public Safety Canada.

There are a few other individuals of interest on that list, including Dr. El-Tantawy Attia. Dr. Attia is the director of Toronto Masjid, a mosque that he once said to the National Post, “Here, we follow the teachings of the Muslim Brotherhood.” This is the same mosque that prayed for the deaths of Jews and Christians, humiliating polytheists and atheists, and to cleanse the al-Aqsa mosque of the 'filth' of the Jews.

Elkasrawy said the term “Jews” is widely used in the Arabic-speaking world to mean “Israeli forces” or “Israeli occupiers.” He claims it was not a sweeping reference to all ethnic and religious Jews.

Another person of immense interest is Hany Soliman, the brother of Erin O’Toole’s campaign chair Walied Soliman. Walied is known as a big-time fundraiser inside the Conservative party, and quite possibly the reason behind O’Toole’s blindness on IRC.

Over the past few weeks, O’Toole has been coy on whether Walied Soliman is actually on his campaign team, but now there has been a definitive statement from O’Toole himself that Walied is, in fact, a part of the team and advising O’Toole.

O’Toole should have inquired as to why they are listed in Canadian Senate testimony as a Muslim Brotherhood front group. When Dr. Lorenzo Vidino, an international expert on Islamism in the West, testified to the Canadian Senate, he named four organizations like Muslim Brotherhood front groups, and Islamic Relief Canada was one of them. The testimony is public record and can be seen here.

With the evidence compiled against the IRC, the appropriate course of action would be for O’Toole to stop pivoting from the subject and enabling terrorism funding and, notably, political Islamism. The claim that Islamic Relief is engaged solely in humanitarian work in Gaza is highly debated.

Now, why would Islamic Relief Canada hire a man into an executive position when he has two active terrorism investigations against him in the Middle East and North Africa?

This undercuts IRC and O’Toole’s claim that all Islamic Relief organizations are separate since directing organizational funds to terrorism seems to be an offence that results in international reassignment, not termination.

IRC also does not always try and hide their radical associations. In 2017 they invited and sponsored Saudi Arabian Shaikh, Dr. Muhammad Al-Luhaidan, for a cross Canada tour.  On this trip, he called for Muslims to “raise the flag of Jihad” and prayed for the death of Christians, Jews and Shia Muslims.

IRC has also had employees with radical views like Fatima Benhatta, a senior official at IRC who has called for the deaths of Jews, Christians and Shia Muslims and has even been praised by Justin Trudeau for her work.

Perhaps, the reason O’Toole has ties to these groups is that no matter what they have said, they receive support from the Liberal government through vitriol and funding. And yet, few in the Canadian mainstream media have inquired on the matter.

To recap, O’Toole is a trained lawyer who touts his background and competence in National Security matters, yet, the vetting of Islamic Relief Canada connections to their parent organization, Islamic Relief Worldwide, is sorely lacking.

O’Toole is aware of IRW designation in the U.A.E and claims that IRC is unrelated even though their public financial statement and the fact that the same man heads both organizations disproves this thoroughly.

He is somehow unaware of public testimony on IRC in our own Senate. He did not look at IRC having a Programs director with two current international terrorism investigations, IRC senior officials' past statement or the invitation or a radical hate preacher from Saudi Arabia.

All of this mounts to extreme negligence or corruption. The fact that O’Toole’s campaign chair’s brother is on the board of directors of IRC does not look good either.